We are less than five days away from one of the most important events in the video games industry of the year - The Game Awards 2019. The sixth edition of this event will start on December 13, at 4:30 PM (PT) / 7:30 PM (ET). The atmosphere around the event is getting hotter and hotter, with Geoff Keighley himself adding fuel to the fire. Renowned digital entertainment journalist and the main producer of The Game Awards has recently published a special trailer to provide a foretaste of the excitement that awaits players and devs this Thuesday (or Friday if you live in the Europe). You can watch it below.

As you can see, the trailer prepared by The Game Awards team consists of two elements. The first one are the excerpts from the games nominated in each category (you can find their full list here). The trailer includes fragments from Death Stranding, Control, Resident Evil 2 remake, Sekiro: Shadows Die Twice, Call of Duty: Modern Warfare and Gears 5.

The second of the aforementioned elements are excerpts from trailers of games that, while not yet released, were already announced. These include Diablo IV, Marvel's Avengers, a new expansion for World of Warcraft, Elden Ring or Half-Life: Alyx. However, as Keighley himself pointed out (via Game Rant), this does not mean that these titles will appear during the gala. The whole thing is only to "arouse emotions and remind everyone that the show is getting closer". 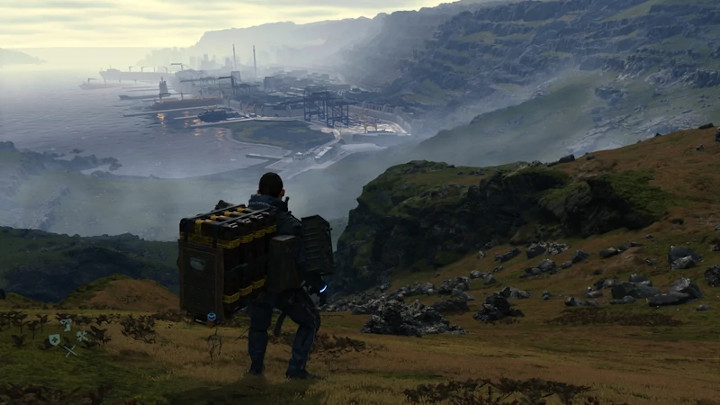 During this year's The Game Awards Death Stranding has a chance to win as much as 9 statuettes.

This does not mean, of course, that there will be no announcements at The Game Awards 2019. During the recent AMA session on Reddit, Geoff Keighley revealed that there will be about 10 new project prannouncements at the gala. So far, the presence of two, the debut title from Wolfeye, team founded by Raphael Colantonio (former CEO of Arkane, responsible for the Dishonored series) and a new game set in the League of Legends universe, has been confirmed. However, we have to wait until Thursday (or Friday) before all the surprises are revealed.