Sonic is undoubtedly SEGA's mascot, but other brands don't put the Japanese publisher to shame either. Sales of Total War series have exceeded 40 million copies. This takes into account both retail and digital sales.

SEGA boasted the results of this and other brands from its catalog in a report summarizing the first two quarters of fiscal 2022 (i.e., April-September 2022). As the image shown below shows, Total War is the second best-selling series released by the company (although it should be noted that many of them have not received new installments in years). 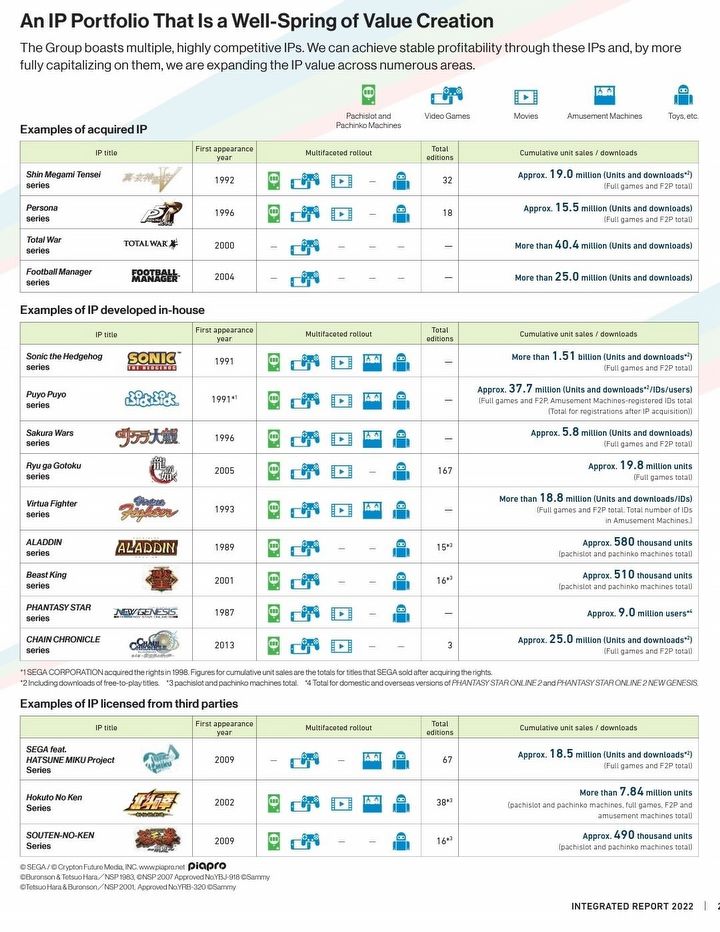 Of course, it is Sonic that remains the apple of SEGA's eye, having sold more games featuring the supersonic hedgehog than the total circulation of all the publisher's other series.

Arguably, this number will grow even more, because after years of oblivion (and games that fans want to forget) SEGA is once again investing in new titles featuring Sonic, including the competitor for Super Mario Odyssey. The publisher is also preparing more movies, including an animated series titled Sonic Prime, which will debut on December 15 on Netflix.

Nevertheless, Creative Assembly has reasons to be proud. However, strategy games are still a niche compared to arcade games and even RPGs like Persona. Despite this, the series managed to sell another 4 million copies in a year and a half.

Probably a lot of credit for this goes to the launch of the third installment of the Total War: Warhammer sub-series, which after initial problems regained the trust of players and after the debut of the Immortal Empires campaign attracted crowds of Steam users.

Settlement Survival - how to get new seeds and list of them

Sins of a Solar Empire 2 is Now Playable, but Not Quite Enjoyable

Settlement Survival - How to Get Animals?

This FPP Horror Will Raise Your Hair