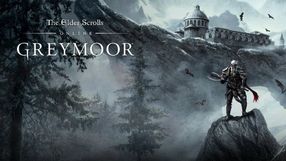 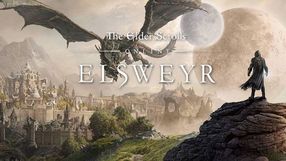 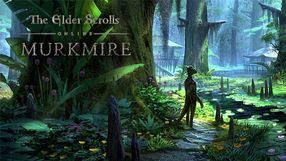 Another large expansion pack for The Elder Scrolls Online: Tamriel Unlimited, an MMORPG created by ZeniMax Online. The add-on, called Clockwork City, offers a completely new story campaign that should take about 10 hours to complete. The campaign takes us to Sotha Sil, a city located south of Morrowind. The player's goal is to put an end to a Deadra's plans. The Daedra are powerful and evil creatures living in the depths of Oblivion. This expansion brings no changes to the technical aspects of the vanilla version of the game, focusing on new content instead. Besides the said city that can be explored in search for secrets, the eponymous location offers a lot of main and side quests. Additionally, we can also find new equipment, including Daedric armors and weapons.

The Elder Scrolls Online: Horns of the Reach is the first official DLC for The Elder Scrolls Online: Morrowind, the biggest expansion so far that was released for the MMORPG The Elder Scrolls Online: Tamriel Unlimited. It was developed by ZeniMax Online. The newest introduction brought to the game by the expansion are two new dungeons: Bloodroot Forge and Falkreath Hold. In addition to that, Horns of the Reach introduces new items, monster masks, and achievements. The expansion also comes with a free update that introduced Arcane University, a new Battlegrounds map, and a new battlegrounds mode called Chaos Ball. The new battlegrounds content is available only to those who own the expansion. The other new things like new houses, furniture, esthetic elements, crown crates, and holiday events are available to all players.

One of several expansions for a MMORPG set in a popular fantasy realm Tamriel. The Elder Scrolls Online - Shadows of the Hist introduces two Argonian dungeons, where the new plot is taking the player into. The first one is Cradle of Shadows, where the players help the Argonians from the Dark Brotherhood fight a group of assassins, whose actions may result in plunging the Black Marsh into chaos. The other one is the Ruins of Mazzatun  mysterious ruins of a city built by the Argonians of the Xit-Xaht tribe, who force their own kin into slavish work on a secret project that has driven them crazy. Both locations are available in two versions: normal and veteran  their level is scaled to the group leaders experience level. Besides, The Elder Scrolls Online - Shadow of the Hist offers new achievements to unlock, collectibles to find, as well as new equipment (including the so-called Monster Masks). 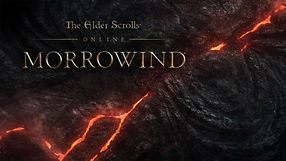 Another large expansion pack for an MMORPG entitled The Elder Scrolls Online: Tamriel Unlimited (created by ZeniMax Online Studios). The Elder Scrolls Online: Tamriel Unlimited - Morrowind gives us an opportunity to visit the island of Vvardenfell, which is located in the titular province of Morrowind. The plot revolves around a mysterious sickness which has taken its toll on Vivec - a member of the Trinity of divine entities that have guarded this part of the world. The player's task will be to find the medicine and restore Vivec to health. Exploration and completing different quests given by the inhabitants of an extensive world remain the core of the experience. Fighting various enemies is another important part of the game. Although one can experience what this world has to offer solo, the adventure gets deeper when the player is accompanied by others. Apart from an additional place to explore and a new storyline, the add-on introduces a new character class, that is, the Warden. This class makes a great use of the magic of nature, but is also supported in combat by a tamed bear. A new PvP mode constitutes another novelty - the Battlegrounds are focused on three teams of four players fighting one another. 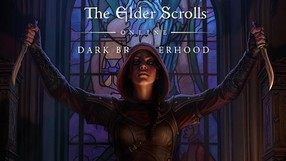 The fourth major expansion to the MMORPG The Elder Scrolls Online: Tamriel Unlimited by ZeniMax Online and Bethesda Softworks. The DLC pack allows you to become a member of the eponymous Dark Brotherhood, the most famous assassins' guild in the game's universe. This time they try to expand their influence in the western part of the Cyrodiil province, which lets you explore the locations known from The Elder Scrolls IV: Oblivion, especially the cities of Anvil and Kvatch. Apart from the main campaign, Dark Brotherhood also features many PvE elements, including daily assassination contracts, two smaller delves, and a pair of boss fights: a tournament in the Kvatch Arena and a minotaur hunt in Tribune's folly. Additionally, after joining the Dark Brotherhood you get a new passive skill line and unlock new items to craft. There is no minimum experience requirement to be met to play the DLC. 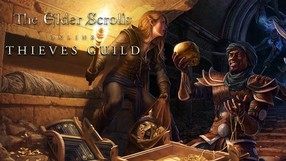 Another large DLC for the 2014's MMORPG, The Elder Scrolls Online. The Thieves Guild expansion tells a story of the eponymous organization from Abahs Landing, hunted by a mercenary group known as the Iron Wheel, who are trying to bring down the Thieves Guild in retaliation for a bold, yet tragic heist. The players become new recruits of the Guild and have to help the organization restore its reputation. The DLC introduces numerous innovations and changes, most of which result from taking up the new profession as a thief. There is a whole new desert area, called Hews Bane, to explore, new challenges, opponents to defeat, as well as new pieces of equipment that fit the DLCs theme. Changes were also introduced to the character skill tree, which now offers passive abilities available only to Guild members. An integral part of the DLC is a large update that introduces some fixes and improvements to the original game.

The second major DLC for The Elder Scrolls Online: Tamriel Unlimited by ZeniMax Online. The story of the Orsinium expansion takes place in the northwestern parts of the Tamriel continent, in the frosty Wrothgarian Mountains - the home to the orcs, and is focused on the unification of the aforementioned race by the king Kurog, who wishes to rebuild his ruined country, beginning with its capital city - the eponymous Orsinium. The add-on is available to all characters, regardless of their experience level. Apart from entirely new orc-inhabited areas as well as numerous items to obtain or craft, it offers a dungeon hidden in the heart of a glacier and a single-player arena, called Maelstrom, that offers new challenges. The expansion is available free of charge to all subscribers. Additionally, the expansion contains a patch that introduces a number of changes to the original game, including a system for joining players into parties, level scaling, and assigning champion points, among other things.

The first large story add-on to The Elders Scrolls Online by ZeniMax Online Studios. We are taken to the eponymous capital of the Cyrodiil province, which is under siege from the forces of the daedric prince Molag Bal. Players are given the task of dealing with the invaders and bringing back the order. Expansion brings new location, divided into six smaller districts filled with new NPCs and enemies, as well as a vast number of tasks both for PvE and PvP model. Additionally, Imperial City offers three new dungeons: The Imperial Sewers, White-Gold Tower, and Imperial City Prison, along with a new currency (so called Tel Var stones). Thanks to the latter, players with the 16th Veteran rank will be able to purchase valuable, high-level equipment and gain access to special hiding places that contain rare, powerful items.