The fourth installment in an overwhelmingly popular first-person shooter series from Infinity Ward. This time the developers from Encino, California, have decided to break away from the tradition of making World War 2 games and set the action of their new game in modern times. Call of Duty 4: Modern Warfares story features a conflict with Russian ultranationalist faction, led by an unpredictable individual named Imran Zakhaev.

The first official addition to the hit FPS "Call Of Duty". It is worth mentioning that Infinity Ward is no longer responsible for the game's production. His role was taken over by Grey Matter Studios, which includes people responsible for "Return to Castle Wolfenstein" or "Kingpin".

A first-person shooter that takes place during the World War II. The game was developed by Spark Unlimited and published by Activision. Call of Duty: Finest Hour is a console version of the PC title Call of Duty that was created by Infinity Ward. Its not a typical port but a sort of expansion that offers modified plot. The game contains six interweaving stories during which the player assumes the role of three soldiers of allied countries: USA, Great Britain and Soviet Union.

Call of Duty: Roads to Victory

Call of Duty: Roads to Victory is another FPS game, part of the best-selling series developed since 2003. This work is also the first product in the series for PlayStation Portable. The owners of this pocket console have been given an exclusive position that is not directly linked to any earlier version of CoD.

Call of Duty 2: Big Red One 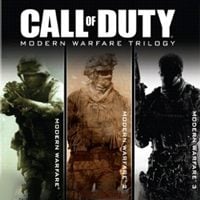 Pocket edition of the popular series of shooters with the action watched from the perspective of the first person. We participate in today's armed conflict by playing alone or with five other players.

The first, fully-fledged extension to the extremely popular Call of Duty: Modern Warfare 3 shooter. The add-on traditionally extends the multiplayer mode with new maps for online gameplay. It is also possible to play for one player in Special Operations mode. 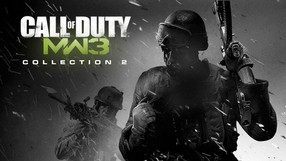 Second, fully-fledged extension to the very popular Call of Duty shooting: Modern Warfare 3. This patch introduces new maps to traditional multiplayer modes and further levels to Special Operations. The box contains only code that allows you to download digital content through the Steam service. 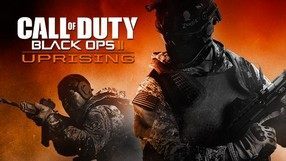 The second of the four announced packages of maps for Call of Duty: Black Ops II. In addition to the four new multiplayer arenas (Magma, Encore, Vertigo and Studio), the DLC contains an additional scenario to play in Zombie mode.