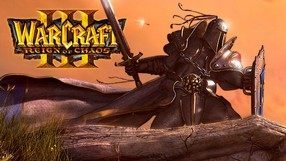 Set in fantasy realities, a 4X turn-based strategy by an independent studio Amplitude known for the space strategy game – Endless Space. The action takes us to Auria, a fantasy world which was once hit by a devastating cataclysm that pushed the civilization into the abyss. In the advent of new signs indicating the return of the apocalypse, we are in control of a small village, take care of supplies, technology development, diplomacy, and military operations.

Tzar: The Burden of the Crown

A real time strategy in a medieval fantasy setting developed by Haemimont Games studio. Tzar: The Burden of the Crown takes place in a land of Keanor, which is ruled by the Dark Lord and his minions after the death of king Roan. We play as the son of the latter, prince Sartor, raised by a wizard to defeat the evil and restore his kingdom to its former glory. Gameplay takes a lot from typical RTS titles, like the classic Warcraft series.

The first expansion for Pillars of Eternity, the bestselling cRPG created by Obsidian Entertainment. The action takes place in an abandoned dwarven stronghold, Durgan, where, as rumor has it, one can find tons of incredibly valuable artifacts. The place is overrun by monsters though, and most adventurers that dared enter it never came back. The player’s party accepted the challenge and ventures into the stronghold with a mission of uncovering the secret of the legendary durgan steel.