Saw II: The Videogame is a continuation of survival-horror by Zombie Inc. The action of the game was set between the events presented in the films Saw and Saw II. Players play the role of Michael Tapp, who, trying to solve the mystery of his father's death, finds himself in the footsteps of Jigsaw. The title is maintained in the convention of a bloody adventure with a view from the third person's perspective.

An adventure game realized in the point & click convention. Grand Adventures is a loose adaptation of animated short films created by the British studio Aardman Animations.

Unearthed: Trail of Ibn Battuta is an action game with arcade elements. Players have the opportunity to embody the adventurer Faris Jawad and follow the famous 14th-century traveller.

Louisiana Adventure is an adventure game created by Infinion's development team. The plot takes players to New Orleans from the early 20th century. The main character is a federal agent who is sent to solve macabre and seemingly motivated murders in the city.

The Adventures of Tintin: Secret of the Unicorn (X360)

Cabela's Survival: Shadows of Katmai is a third person perspective adventure game (TPS) that will be developed by Fun Labs, a Romanian development studio. The player plays the role of the pilot Logan James, whose plane crashes in Alaska. In order to survive, the hero has to face the inhospitable environment and the wild animals that live there. 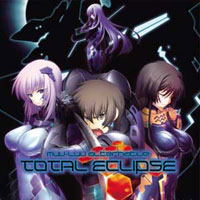 A dynamic action game based on Doug Liman's science fiction film. We take control of a character with the ability to teleport.

Pirates of the Caribbean: Armada of the Damned (X360)

A game combining elements of arcade and adventure taking place in the universe known from the popular series of films Pirates of the Caribbean. We play the role of the captain of a pirate ship, who, as the game progresses, develops his own skills and becomes more and more powerful. The structure of the world is open and allows a lot of freedom in the choice of tasks.