Mobile version of Mini Ninjas from 2009, realized in the form of a dexterity endless runner. In the game we play four miniature ninja warriors with different skills and go through stages, bypassing obstacles and fighting with encountered enemies. The aim of the game is to retrieve the stolen artifact from the hands of a sinister sorcerer.

Smash Hit is an arcade game in which we explore the surreal world and destroy the glass objects appearing on our way with metal balls. The production is characterized by advanced physics, refined graphics and realistic sound effects of broken glass.

Giant Boulder of Death is a crazy arcade game. We direct in it a huge boulder descending from above. Along the way, we must destroy as many buildings and kill as many people and animals as possible, while avoiding destroying our boulder. The slope never ends and the fun goes on until we fail. 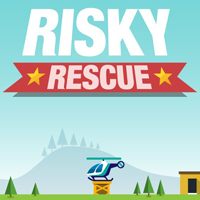 The second part of the mobile dexterity series, offering an unusual approach to the subject of popular golf. The task of the players is to place the ball in the hole with as few moves as possible. However, two-dimensional golf courses are set in quite original places, and on our way stands a whole lot of extremely sophisticated obstacles, in which various bonuses and special abilities help to overcome them.

Arcade game from the category of endless runners, in which we play a pair of high mountain climbers, escaping from the stream of lava falling from the top. During the game we have to be able to slide down the ropes, avoiding traps and dangers lurking on our way.

Virtual adaptation of one of the most famous sketches of the famous British group Monty Python, known in our country as the Ministry of Stupid Steps. In the game, we cross the streets of London, using the most imaginative steps we can take. While playing, we have to collect gold coins and deal with obstacles randomly appearing on our way.

An arcade flying simulator for mobile devices by a three-man team at RymPow, a side project by employees of the Warsaw-based 11 Bit Studios. We take control of various flying machines, like biplanes, jets or anti-gravity vehicles from the future, and pass tracks with rings located in hard to reach places that we must fly through. There are also many obstacles and enemies that make our task even more difficult. PixWing offers two game modes: Free Roam and classic Time Trial.

An unusual arcade game from the South Korean studio Bulosodeuk. The story focuses on items that have spent too much time on the shelves of One Hundred Denarii shop. They come to life after the owner leaves and share with each other the stories about their previous incarnations. This lets us follow a pot which used to be a shuriken or a cleaver that was made out of a balls remains. 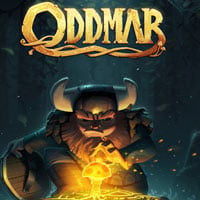 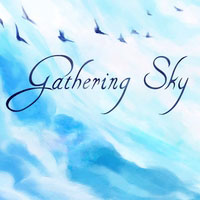