An official sequel to the 2013s sandbox action game by Undead Labs. The action of State of Decay 2 takes place in a post-apocalyptic open world after an outbreak of a zombie epidemic. While playing, we get a chance to led a group of survivors, each of whom has their own biography, skills, and character traits. We can freely switch between them while building a shelter, exploring the world, and searching nearby buildings for resources necessary for survival.

The second game in the Rockstar Games Wild West video game franchise that began with 2004 release of the successful Red Dead Revolver for sixth generation consoles. Red Dead Redemption tells a completely new, independent story set at the beginning of the 20th century. This time, you play as an outlaw named John Marston.

A sequel to Watch Dogs, a sandbox action game from 2014, in which the players assume the role of a former criminal and use his hacking skills as well as a number of gadgets to control the city infrastructure as well as private communication devices. Watch Dogs 2 develops the key gameplay elements of its predecessor; the action, however, was moved to an entirely new city, and now takes place in San Francisco. 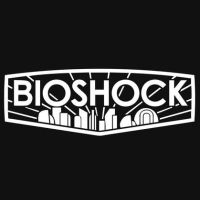 A TPP action game, another entry in the popular horror game series. Resident Evil 5 takes place 10 years after the destruction of Racoon City. Main hero  Chris Redfield  travels to Africa to investigate origins of the mysterious T Virus that changes humans into zombies. Gameplay combines dynamic shooting sequences with gory horror, as the player has to deal with hordes of enemies using various weapons: from pistols, shotguns and machine rifles, to knives and grenades.