The second game in the Rockstar Games Wild West video game franchise that began with 2004 release of the successful Red Dead Revolver for sixth generation consoles. Red Dead Redemption tells a completely new, independent story set at the beginning of the 20th century. This time, you play as an outlaw named John Marston.

The third installment in a best-selling slasher series, God of War, and the first one designed for the PlayStation 3 console. The games story picks up after the previous two installments, focusing on the war between titans and Olympian gods, fanned by the vengeful Kratos. The gameplay premise does not stray far from the standards of the series, focusing on spectacular battles with numerous opponents and mighty bosses.

No More Heroes is another work of talented Far East developers, responsible for an interestingly designed item called Killer 7. This time Japanese artists have prepared a dynamic action game exclusively for the stationary Wii console. The main character of the virtual adventure is Travis Touchdown, who leads the life of a contract killer. 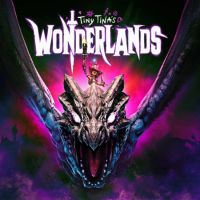 A post-apocalyptic survival-horror FPS developed by 4A Games studio from Ukraine. The plot continues the events of Metro 2033, a game published in 2010, while the story loosely alludes to the books by Dmitry Glukhowsky. The action takes place in a world of future, destroyed by nuclear bombing. A handful of Moscow citizens who have survived the explosion hid in the citys subway network. Divided into several conflicted fractions, people try to fend off waves of mutated animals.

The third part in the first-person shooter series being one of the spin-offs of the Call of Duty franchise. Call of Duty: Modern Warfare 3 was developed by Infinity Ward with the assistance from other development studios owned by Activision  e.g. Raven Software and Sledgehammer Games. The plot continues the action of the first two installments of the game.