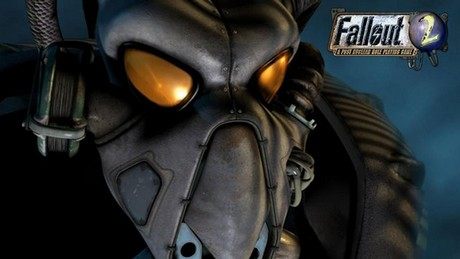 A post-apocalyptic RPG and a sequel to the 1997’s bestseller, Fallout. Fallout 2 was developed by Black Isle Studios, once again in cooperation with Interplay. The action is set in 2241, 80 years after the events of the first game. The player assumes the role of a chosen one, who is tasked by the village elders with finding the G.E.C.K, a device capable of restoring the world after the nuclear apocalypse. Many gameplay solutions from the original remain unchanged, including the S.P.E.C.I.A.L. character creation system and the tactical turn-based combat mechanics. The number of available skills and perks, as well as the player's weapon arsenal and additional equipment were increased. The game offers isometric 2D graphics, a feature characteristic of the RPGs of the late 90s. 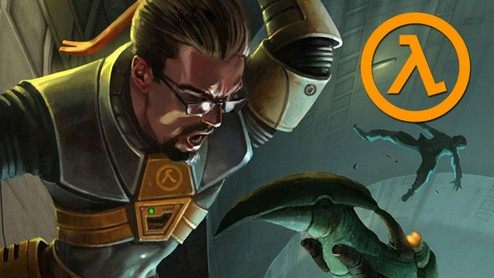 An FPS set in a science-fiction world, created by the debuting American studio Valve Software. The story takes place in secret research facility of Black Mesa and begins the main character of the game – Gordon Freeman - arrives at the facility. As a result of failed experiment that opened an inter-dimensional portal, the laboratory is invaded by aliens from planet Xen, and our protagonist has to fight for survival, facing not only alien creatures, but also soldiers of a special forces unit, sent in to cover up the disaster. The goal of the game is to escape from the destroyed facility with the assistance of its other workers. Half-Life has been acknowledged as a cornerstone of the FPS genre, skillfully combining FPP with horror elements and complex plot. 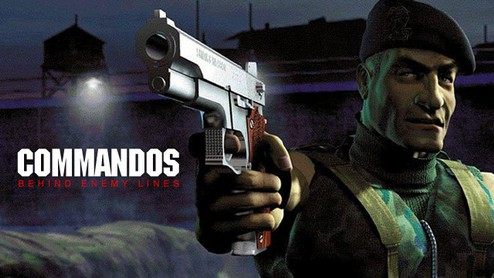 A turn-based tactics game set in the World War II, created by Spanish developer Pyro Studios. In Commandos: Behind Enemy Lines you take command of a small squad of specially trained soldiers sent on a variety of high-risk missions behind enemy lines. The game offers 25 missions with varying objectives and difficulty levels. One of the characteristic features of Commandos: Behind Enemy Lines is the fact that each member of the team has different skills. The key to success in most missions lies in using them in a smart and synchronized way. Your team is composed of a variety of commandos: a green beret, a driver, a diver, a minesweeper, a sniper, and a spy – each of them has unique skills not available for the rest. For this reason keeping all your men alive is essential for completing each mission – loosing just one of them makes reaching your objectives impossible. 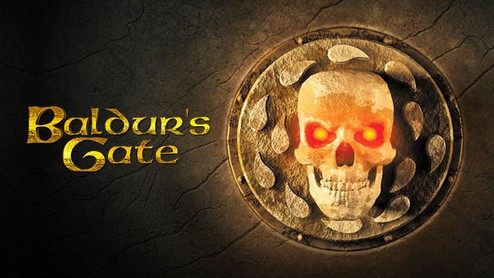 A fantasy RPG that draws inspiration from the roots of the genre and faithfully recreates the rules of the second edition of the D&D system. The action starts in Candlekeep, a stronghold located on the Sword Coast in the Forgotten Realms. The protagonist is a youngster brought up by his foster father, Gorion. When strangers attempt to take his life, both heroes try to escape, but Gorion sacrifices himself to save his son. Uncovering his true destination and the cause of the unexplained events become the goals of the protagonist. Bioware’s Baldur’s Gate offers a classical isometric view and the possibility of controlling a party of diversified characters with various personalities and statistics. The gameplay is focused on exploring vast lands of the Forgotten Realms, completing a myriad of primary and secondary quests, and real-time combat featuring an active pause. 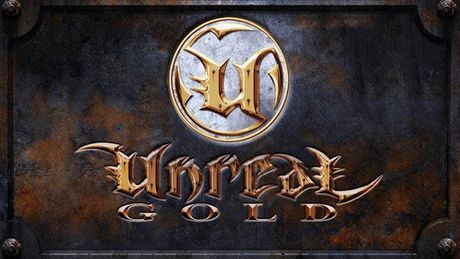 A first person shooter set in science-fiction world, developed by the team of Epic Games studio, led by James Schmalz and Cliff Bleszinski. We play as a convict whose prison ship crashes on an unknown planet Na Pali, ruled by a hostile Skaarj race. Their representatives took over control of the planet and enslaved its inhabitants. To help them and escape from this dangerous place, the protagonist will have to travel through many different locations and face hordes of distinctive, intelligent monsters. Unreal's biggest asset was its game engine - the original Unreal Engine, which could generate graphics of previously unseen quality and support multiplayer matches, offering five different game modes. 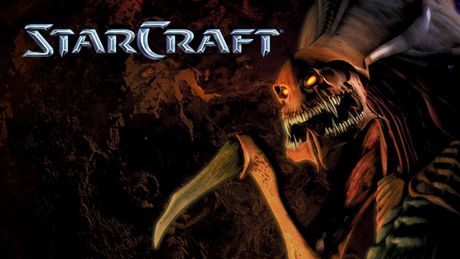 A world-famous real-time strategy by the legendary developer Blizzard Entertainment. Set in a science fiction world, the game features dynamic battles between three enemy fractions – the descendants of humans known as Terrans, the enigmatic Protoss, and the insectoid Zerg. StarCraft offers 30 extensive missions divided into three different single player campaigns. Each of the available races is distinguished by unique units, technologies, buildings etc., giving players the opportunity to play in three vastly different styles. The single player mode serves as an introduction to the extensive multiplayer for up to eight players, which has earned StarCraft eternal fame and gathered a huge e-sport community. Additionally, the title offers level and scenario editor allowing for the creation of original levels, units, and even whole campaigns.

A first person action game with stealth features, set in a Medieval world, developed by the experienced Looking Glass Technologies studio, known from such games as System Shock and Flight Unlimited. In Thief: The Dark Project we take the role of Garret, a young adept of the art of thievery, who leaves the ranks of a secret brotherhood to start working on his own. During the following 12 missions the protagonist will explore various locations filled with many enemies – from ordinary humans, through guards and professional assassins, and up to blood-thirsty fantasy monsters. The game revolves around stealth and encourages you to fulfill your objectives silently while avoiding direct confrontation with enemies, as most of the time they lead to instant death. At the time of release, the game stood out thanks to its impressive three dimensional graphics filled with atmosphere of the dark, Medieval times and suggestive sound effects.

The sixth major installment of the cult RPG series. Might and Magic VI: Mandate of Heaven tells a completely new story that fills the plot hole between the second and third installment of the Heroes of Might and Magic series. The action takes us to the fantastical land of Enroth which was plunged into chaos after king Roland Ironfist had disappeared and the apocalypse worshippers decided to overthrow prince Nicolai to put their leader on the throne. The eponymous Mandate of Heaven can only be reclaimed by the player-controlled party of four heroes — this time, they are all human and represent character classes typical of the universe. The novelty in the series is the possibility of choosing between turn-based and real-time combat mode. In technical terms, the production is a great step forward in history of the series since it features seasons, a day-and-night cycle, and fully three-dimensional graphics that let us rotate the view by 360 degrees as well as look up and down.

The sequel to Bungie Software's tactical fantasy strategy in which the combined forces of different races faced off against the sinister forces of darkness. The game's background was presented in the form of one of the participants' diaries, making the whole story understandable for those who have not had to deal with the original. 60 years after the end of the Great War and the defeat of the demonic Balor, it turns out that one of his generals managed to escape and remained in hiding all this time.

Space simulator realized with epic proportions, being a spiritual heir of the cult Descent series and developed by Voliton studio, founded by the creators of the first two parts of the series. The action of Freespace: The Great War is set in the distant future in which mankind, as a result of constant development, has reached a technological level unimaginable today.