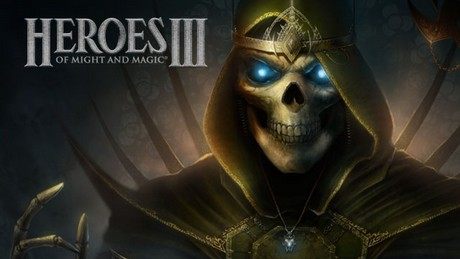 The third installment in a popular series of turn-based strategy games set in a fantasy universe and developed by New World Computing. After the death of king Gryphonheart, Erathia was brought to its knees by the dark forces of Nighon and Eofol. Gryphonheart's daughter - Queen Catherine, the ruler of Enroth. returns to her homeland in order to unite her compatriots in the fight against the forces of evil. The game remains faithful to the gameplay formula of its predecessors, thus the player explores Erathia in search of mythical artifacts and treasures, as well as expands their towns. What is also an inherent part of the experience, is the necessity to recruit armies and fight turn-based battles against various kinds of enemies. Compared to the franchise's previous iterations, the game introduces new heroes, new kinds of towns, and 118 types of units having new abilities and 64 spells at their disposal; the spells were divided into 4 schools of magic. The in-game maps have become larger and more detailed. Also, graphics, animations and multiplayer variants were improved.

A cult economic strategy game created by Impressions Games and published by Sierra Entertainment. Pharaoh takes place in the Nile valley, several hundred years B.C., and spans from the era of the great pyramids to the New Kingdom period. As the pharaoh, the ruler of Egypt, you have to transform local villages into great cities, take care of your people's needs, and make your country the greatest of them all. A big factor in the development of your country is agriculture, which is dependent on the flooding of the Nile. You develop your cities, build famous structures (such as the pyramids, the Sphinx, or the Luxor Temple), and also oversee the trade, religion and culture. Apart from governing the cities, the game also features a tactical combat system, both on land and at sea. Pharaoh features several single-player campaigns, each consisting of several dozen of missions. The 2D visuals of the game are very detailed and utilize an isometric view.

The second installment belonging to an incredibly popular series of real-time strategy games. Age of Empires II: The Age of the Kings was developed by Ensemble Studios. The player assumes command of a civilization chosen (13 in total here) and leads them through subsequent stages of development. For example, one can play as Franks, Mongols, Celts or Vikings. Compared to the first installment, the visuals were improved (more detailed), as was the AI of the player's subordinates - as a result, additional orders can be given to them, such as to patrol the vicinity, to guard a designated spot, or to follow a specific target. Furthermore, an option to group units into various formations was introduced. Apart from that, the player can now trade and manipulate the prices of different resources. Age of Empires II: The Age of the Kings features both single player modes (such as a campaign devoted to a Scottish national hero William Wallace) and a multiplayer variant (PC version only).

The third entry in the ground-breaking real-time strategy game series, this time calling back to the very first game from 1995. The game itself, however, takes us to the beginning of 21st century and once again puts us in charge of the weakened Nod Brotherhood or GDI alliance that tries to maintain the world peace under the command of General Salomon. Despite what we could have thought, the charismatic leader of Nod did not die under the ruins of his temple and is quick to begin a new conflict, which can change the world forever. Gameplay of Tiberian Sun doesn’t differ much from the original, though the creators from Westood studio made sure to implement some changes and novelties. Each faction has new buildings and units that force us to develop new tactics. There also additions like new, three-dimensional game engine, improved cutscenes with well-known actors (including James Earl Jones and Michael Biehn) and enhanced multiplayer for up to 8 players. 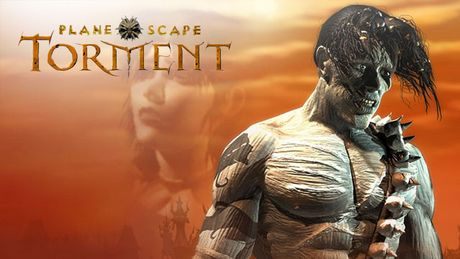 A classical isometric cRPG based on the rules of the 2nd edition of Advanced Dungeons & Dragons. It was developed by Black Isle Studios, the creators of the Fallout series. The action of Planescape: Torment starts in the Mortuary in the city of Sigil, known also as the City of Doors due to countless portals present therein. There, we meet the protagonist, the Nameless One, an immortal man who will be trying to regain his identity and memories throughout the game. The title is powered by the game engine employed in a bestselling RPG, Baldur’s Gate, and features similar gameplay mechanics. In the game, we control a party of very original characters and the gameplay focuses on performing subsequent quests connected to the past of the protagonist. The game heavily emphasizes the plot, while real-time combat, although present and featuring active pause mechanics, is of second importance. 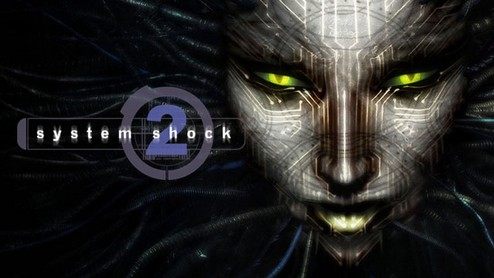 System Shock 2 brings a continuation to a an acclaimed action game featuring RPG elements, combining classic science-fiction elements with cyberpunk. The second installment was once again created by Looking Glass, this time however, supported by Irrational Games. The game is set 40 years after the events depicted in the original System Shock, when the UNN military organization tries to limit the power of great corporations, using a state-of-the-art spaceship called Von Braun to do so. The player takes on the role of a volunteer who wakes up during the vessel's first flight and finds out that the crew is dead and the ship is overrun by dangerous mutants and rebellious robots. The mechanics of the original System Shock were changed to a certain degree - elements of action, role-playing and adventure games were complemented this time by a portion of features associated with the survival horror genre. Furthermore, the character development mechanics were expanded. The player chooses one of three available classes differing in skills they offer.

The seventh installment in one of the most popular first-person RPGs by New World Computing. Might and Magic VII: For Blood and Honor takes us to the world of Erathia, which slowly regains its balance. It quickly turns out that multiple different races cannot coexist peacefully, and the increasing tensions between humans and elves will soon become intolerable. The Necromancer guild tries to use the situation in Erathia to their wicked ends, and only the player-controlled party can thwart their plan. Apart from the main storyline, the game features 18 side quests, nearly 30 kinds of monsters, and over 500 non-player characters. The seventh installment of the saga, created on the basis of its predecessor, offers a similar visual quality level as well as comparable gameplay mechanics and character development system. The number of available classes was increased, though, and the plot became multi-threaded, thus forcing the player to make choices that have an impact on the further course of the story.

A first-person shooter based on the engine of the bestselling game Unreal. The title was developed by Digital Extremes and focuses on online battles between players on futuristic arenas. In Unreal Tournament the players can compete in several gameplay modes – deathmatch, team deathmatch, capture the flag, domination, last man standing, and assault. Each mode is different from the remaining ones. There aren’t many weapons available, but each one can be used in two ways. In addition to the multiplayer mode, the developers have also prepared a single player mode which consists of a series of matches against AI-controlled opponents. The realistic behavior of the bots is worth mentioning – their intelligence can be set based on player’s skills and preferred gameplay style.

Developed by Relic Entertainment, a Canadian studio, the real-time strategy takes place entirely in three-dimensional space. Set in the distant future, the story of the game tells about the fate of the human race Kushan, living on the desert planet Kharak. When scientists find an ancient shipwreck under the desert sands along with an artifact that points to the place of the Kushan's true origin, the planet Hiigara, all clans unite to return to their homeland and learn the true reasons for their exile.

A continuation to the best-selling spaceship simulator developed by Volition company, inspired by such iconic titles as Descent and Wing Commander. Plot of Freespace 2 is set more than 3 decades after events of the original, as the alliance of former enemies, Terran and Vasudan, is forced to confront the militant Shivan race once again. In comparison to the first installment, gameplay mechanics has not changed significantly, offering us more than 30 different missions constituting an epic story. However, the game features a lot of new elements, including things like the option to give orders to our subordinates, ability to lock-on to and eliminate various subsystems of enemy units, as well as more intuitive interface, improved mission editor, and multiplayer mode. During the game we encounter, in total, more than 70 types of spaceships – from quick and agile fighters to powerful, several kilometers long battleships.

Colonizing an alien planet, defeating its indigenous peoples and other contenders for power is a challenge for player Alpha Centauri, another game of legendary Sida Meier.

SWAT 3 combines elements of a tactical and strategic game with a classic action game. The effect of such a combination is an extremely interesting game, both in single and multiplayer mode.

Continuation of the popular tactical shooting studio Novalogic. Again, we play the role of the title soldier of the United States' special army unit. The authors prepared 40 new missions and significantly improved the graphic design. The game can be played solo or in multiplayer mode. The gameplay is additionally extended by an extensive level editor.

One of the classic RPG games, created by Turbine studio. In production we move to a fantasy world filled with tasks and monsters. Each player creates their own character and explores new lands. In his time, the title surprised with a very nice graphics and interesting gameplay.

The third edition of the extremely popular football manager, introducing many new opportunities and new foreign leagues with original line-ups.