Perpetuum is an expanded MMO game created by Avatar Creations studio. In the near future humanity is trying to colonize a distant planet Niu through remote-controlled robots and obtain an extremely valuable source of energy there. Unfortunately, mechanical inhabitants of this corner of the Universe do not intend to share it.... Players direct the actions of big robots trying to take control of the planet and start producing the energy needed by people.

Rusty Hearts is a MMORPG prepared by Stairway Games. Players can assume the role of one of four characters and fight against the vampire ruler Lord Vlad and his servants who threaten humanity. The game is modelled on classic arcade slashes, and the visual setting is maintained in the style of anime. 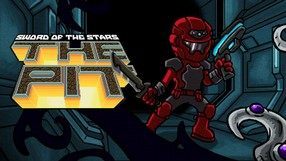 Sword of the Stars: The Pit

Turn-based roguelike role-playing game. We play the role of an infantry soldier, pilot or engineer and set off on an expedition into the underground corridors full of dangerous creatures. Traversing the next levels we get better and better equipment and we find elements to assemble our own objects. Death of the main hero means the end of the game without the possibility to load the saved game state. 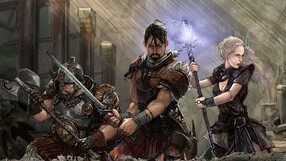 Chaos Chronicles is a cRPG game that draws handfuls of legends of the genre. As befits a classic "roleplay", you will find here a racial universe of fantasy, a team of several people, turn-based fight, isometric view and many other characteristic elements - and all this in a modern audiovisual setting.

Korean MMORPGs maintained in the hack-n-slash convention. The game consists mainly of exploring the underground, killing monsters and collecting items. The gameplay is enriched by interesting competition options. Among them we can find siege mode and PvP arenas, on which we fight battles modelled on the MOBA genre.

The first addition to the RPG set in the fantasy Fable III reality. The add-on focuses on a new location - Understone, located under one of the main cities in the game. The extension includes interesting quests, new challenges and development opportunities. During the game we will come into contact with various types of mini-games.

An epic fantasy action RPG developed by 10tacle Studios. The action of Elveon takes place in the land of Naon which centuries ago was chosen by the gods who wished to transform it into an utopian paradise. Shortly thereafter, the gods abandoned the land and no longer paid attention to it, while lesser deities and demigods started to show leadership aspirations.

Hippasus is an MMOcRPG game. Developers decided to present us with an interesting look at the online game, because they strongly based the game on logic and mathematics.

Final Fantasy XI: Vana'diel Collection 2008 is another FFXI compilation. It contains the basic version of the game and four add-ons - Rise of the Zilart, Chains of Promathia, Treasures of Aht Urhgan and Wings of the Goddess.

Ashen Empires is a MMORPG, offering a medieval fantasy world, which was created on the foundations of another product, Dransik.

The first MMOcRPG game created by Codemasters. As in other similar productions of this type, such as Ultima Online, Asheron's Call or Everquest, thousands of players from all over the world can travel around the great and diverse fantasy world.

The addition to the seventh part of the Ultima series, expanding Britanni's world with Isle of Fire, a new continent that emerged from the depths of the ocean.

A cRPG game designed for multiplayer gameplay via the Internet. Its action takes us to the fantastic world based on the comic book series "Chronicles of the Black Moon" successfully published since 1994.

Everown is a dynamic action/cRPG game designed for real-time multiplayer games (local network and Internet). Its aim is to recreate small mini-bits between players (PvP) for which the first MMO games such as Ultima Online or Asheron's Call were famous.

Elvira II: The Jaws of Cerberus

The second part of the famous RPG game about the adventures of the witch Elvira. This time, with the help of one of the four characters, we have to break through the haunted film studio, save the Lady of Darkness and defeat the demon trying to capture the world.

An extensive production of Massively Multiplayer Online Role-Playing, in which players move to a fantastic virtual world, perform a number of quests, improve the statistics of the hero and constantly fight against the monsters they meet.

The Realm Online is the oldest representative of the genre, known today as the MMORPG, allowing you to explore the fantastic world, full of monsters and magic.

Tabula Rasa is an MMO game whose "father" is a veteran of the electronic entertainment industry, Richard Garriott, creator of an excellent series of RPGs, Ultima, and one of the best MMORPGs, Ultima Online.

Somewhere deep below the surface of the earth, lives the ruler of all demons - Satan, also called Akuma. For many years he wanted to terrorize people with the help of an army of his most faithful servants. The Lord of Darkness did not care about taking captives. Every living being was to face the final punishment - death. The first representatives of the hellish manure appeared in the eastern part of China....