Another installment in one of the longest-standing and most popular soccer game series, whose consecutive iterations have been appearing since 1996, consequently developed by the Japanese company Konami. The 2016 edition, coinciding with the 20th anniversary of the franchise, offers lots of innovations in addition to the usual wide array of options and play modes. First of all, opponents artificial intelligence in 1 on 1 duels, as well as its in-air play was improved, and new algorithms for goalkeepers were added. When it comes to the technical aspects, the game features significantly improved graphics, and, for the first time in the history of the series, dynamically changing weather. The in-game players received many new animations (including celebrations), and the ball physics and the collision system were enhanced. During the matches, you can listen to a duet of new commentators: Peter Drury and Marco Hagemann. For the first time in the series, the game features also European league cups, including Champions League, European League, and European Super Cup.

Another edition of the most popular game series devoted to handball, developed by Bigben Interactive in cooperation with EKO Software. Mechanics-wise, Handball 17 does not deviate significantly from its predecessor. The developer didnt bother with management and other non-sports elements and focused on the gameplay itself, putting emphasis on the incredibly important tactical layer. In the game, we can lead one of 82 licensed teams of the leading European handball leagues (e.g. French, German, or Spanish) to victory. Compared to the previous installment of the series, the production is characterized by visibly enhanced artificial intelligence which manifests both in the behavior of our rivals and our own players. Apart from that, the developers significantly revamped the controls and made them much more user-friendly for beginners thanks to numerous tutorials and hint systems.

Thirteenth installment in the soccer simulation game series Pro Evolution Soccer, started and developed by the Konami company. Pro Evolution Soccer 2014 lets the players take control of the worlds best soccer teams from prestigious leagues. PES Productions studio aimed to introduce a score of modifications to gameplay mechanics in order to make the game more compelling. The novelties include more precise control over individual players and a whole spectrum of tricks and moves you can use during virtual matches. The game is powered by a modified version of the Fox Engine (also used in Metal Gear Solid V: Phantom Pain), featuring significantly improved 3D graphics.

The fifth major installment in one of the most popular skateboarding game series, returning after a long hiatus thanks to Robomodo  the authors of RIDE, SHRED, and Tony Hawks Pro Skater HD. The game takes the series back to its roots, featuring similar gameplay model. Just as in the original, players get a series of missions and challenges to complete in one of several in-game locations. The game has purely arcade gameplay: different power-ups are scattered across locations, and in some places you can even fire missiles or throw items at targets while skateboarding. You can select your avatar from a cast of popular skaters, whose skills can be further improved as you play. The game features both single and multiplayer (competitive and cooperative) modes. Furthermore, the game features a functional level editor that lets you design your own skate parks and share them with friends. 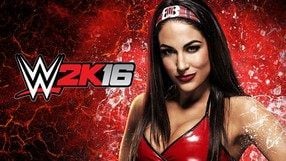 Another installment in the launched in 2000 WWF Smackdown! game series devoted to wrestling, which is popular in some English-speaking countries. Once more, the game was developed by the Yuke's studio, working under the aegis of 2K Games, which have been responsible for the series since 2012. However, unlike last year's installment, WWE 2K16 appeared only on consoles. Title features the widest, so far, range of more than 120 characters, among whom there are both present (male and female) wrestling celebrities as well as legends of the sport. Game traditionally provides a large set of updates and fixes. Rebuilt controls, new aiming system that enables us to aim our strikes at any part of opponent's body, and new kinds of props which we can use during combat, are the most notable ones. In addition to the usual MyCareer mode, in which we create our own character and lead him through subsequent stepping stones, the game features a come back of the 2K Showcase mode, in which we recreate the most iconic battles in the history of WWE. 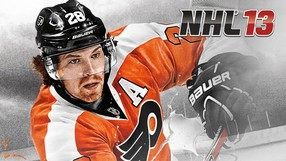 Another edition of an annually released sports game series devoted to basketball, developed jointly by Visual Concepts and the publisher of the franchise, 2K Games. NBA 2K16 employs the well-proven mechanics of the series, offering user-friendly controls that achieve the perfect balance between simulation and arcade, as well as the traditional wide array of play modes for both single and multiplayer. The main game mode is MyCareer, prepared under the eye of a famous American movie director Spike Lee. This ensured a compelling story enriched with subplots more or less connected to sport. The creators also introduced a bunch of gameplay improvements, mostly focused around player control. Moreover, graphics was enhanced, becoming much more detailed - including things like the players shoes. You can also appreciate more detailed and better animated crowds.