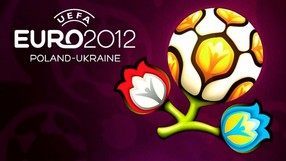 The next installment of the popular sports series, which deals with the subject of ice hockey. The list of improvements includes, among other things, nicer graphics and remodeled control of players' characters.

Skydive: Proximity Flight is an extreme parachute jumping simulator created by Gaijin Entertainment. Developers tried to faithfully reproduce the physics of a jumper dressed in wingsuits, which allows players to perform complex stunts and feel the taste of what the athletes practicing this sport experience.

Simulation of American football. The game is distinguished by the ability to take control of a team consisting of the greatest celebrities of this sport. The multiplayer is also very complex.

College Hoops 2K7 is a sports game created by 2K Sports studio. The product acquaints us with the secrets of basketball, allowing us to lead teams from the American university league, direct back-up facilities of NBA.

WWE Legends of WrestleMania is a Yuke's-produced sports game, addressed mainly to wrestling fans. Players have the opportunity to steer the actions of more than 40 legendary wrestlers (such as The Rock, Hulk Hogan or Andre the Giant) and fight spectacular duels in the ring. The creators have prepared several variants of the game, including the mode of struggle with a living opponent.