An improved version of the resumption of the arcade basketball game in which two NBA league teams fight against each other. The product is distributed only in digital distribution.

A sports game that deals with angling. We participate in fishing for more than 20 rare species of fish. We have fun for our own satisfaction or join angling tournaments.

Adidas miCoach is an extensive training program created by Chromativity development studio under the strict supervision of a well-known sportswear manufacturer. Using motion controllers, users have the opportunity to improve their mobility and physical condition, and the correctness of exercise is supervised by 18 sports stars headed by Jose Mourinho, Manuel Neuner and Ana Ivanoviæ.

MLB 2K13 is a sports game, which is a simulation of baseball games. The title was produced by Visual Concepts studio and is based on the official Major League Baseball license, which allowed the creators to use authentic team names and player names.

Rugby Challenge 2: The Lions Tour Edition is an advanced rugby sports simulation produced by New Zealand's specialised rugby studio Sidhe Interactive. Players have the opportunity to direct the actions of virtual rugby players from more than 110 licensed teams and play matches in more than 50 carefully mapped stadiums from all over the world. 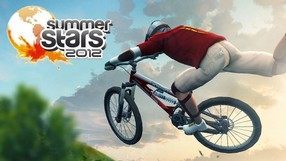 Arcade sport game about American football. Vengeance is an easy-to-use production based on one of the basic game modes - Tackle Alley. The player's task is to make the longest possible series of matches, which is disturbed by other opponents. The title uses the Euphoria engine, which ensures effective character behavior.

3D Ultra Mini Golf Adventures is a sports position in which we drive a ball into the holes in space-style locations, the Wild West and the funfair.

A combination of a sports game and a dynamic arcade. We play the so-called collective, trying to eliminate members of other teams. These can be title ninja warriors or pirates.

Re-edition of the classic sports game, combining elements of handball and American football. The whole was given in a very brutal form, rewarding attacking players from the opposite team.

A futuristic variation of the popular collector's game. We take control of the robot team, eliminating members of the opposite team by throwing balls at them.

The next installment of the popular in the United States sport game about American football. The production allows you to take part in competitions organized by the National Collegiate Athletic Association.

An unusual variety of popular bowling. Bullets are endowed with unprecedented properties. There have also been changes to the boards, which consist of ramps, jumps and other facilities of this type.

A sporting game in which we can choose between six athletic disciplines. The control is based on hitting the appropriate joypad buttons.

Stoked: Big Air Edition is an expanded edition of the sport game Stoked. Developers from Bongfish Interactive Entertainment studio have completed their work with a racing mode and two new mountain slopes on which virtual snowboarders playing Travis Rice, Nicolas Mueller, Wolle Nyvelta and other stars of this winter sports discipline can ride. Compared to the original, the visual side of the game has also improved, enriched with new elements.

A sports game simulating American football games between university teams from the USA and Canada. All the rules governing this sport have been reconstructed and an advanced physical engine responsible for both the behaviour of the ball and the way players move around the pitch has been taken care of. More than a hundred teams take part in the league and the virtual version of each team is the same as in reality.